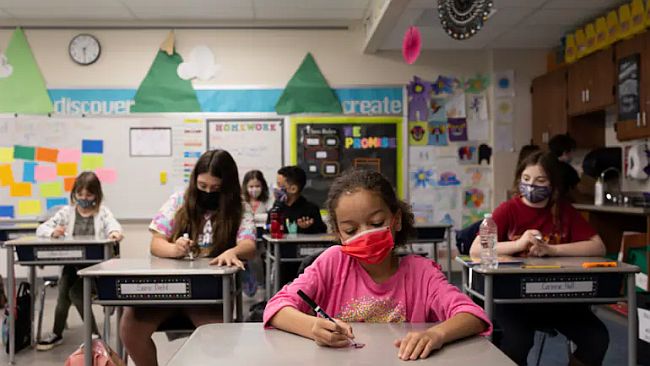 A group of anti-vax protesters could land in hot water after they allegedly threatened and swore at learners who were going to get their vaccines this week.

The Western Cape Education Department (WCED) said they are exploring their legal options after the learners of Stephenweg Primary School in Lotus River could not get their jabs as a result of the protest. But the protesters claimed that children at the school were being “forced” to take the vaccine.

“It started yesterday and now it started again this morning. There are parents forcing some children and teachers, pushing those that run away into queues to have it – it is a nightmare. We need people to come and protest,” said one of the protesters on Wednesday.

A video of the learners leaving the school premises in groups to the vaccination site has since been circulated on social media.

WCED spokesperson to MEC Debbie Schäfer, Kerry Mauchline said they were aware of the claims made about the video and they were false.

“In October, the national Department of Health announced that vaccinations would commence for young people aged 12 to 17 years old with the Pfizer vaccine in line with the recommendations from the Vaccine Ministerial Advisory Committee.

“A school nurse approached the school to assist with arranging vaccinations for learners at a vaccination site. Parents were informed of the national announcement and of the opportunity for their children to be vaccinated. “Forty-nine learners returned forms signed by their parents granting permission for them to go to the vaccination site. The learners were accompanied to the site yesterday by the walking bus staff and student assistants, as it was not on school premises,” she said.

Mauchline said the group of anti-vax protesters had intimidated the learners at the vaccination site.

“At the site, the group of anti-vaccination protesters swore at the learners and physically threatened them. The principal made the decision that the learners would return to the school, and they were not able to get their vaccinations.

“This kind of behaviour is unacceptable. These protesters have no right to make decisions for other people’s children. We are currently exploring our legal options in order to ensure that our learners’ rights are respected and protected,” she said.