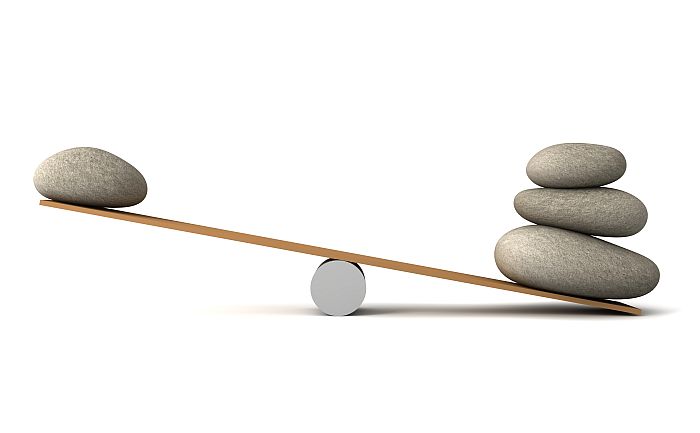 The critical mass in physics is often referred to as the tipping point. It is the last idea/object/action before radical change starts to happen. A good example is an old fashioned scale with two pans balancing. The weight on the one side is balanced with the objects on the other side until one last object is added causing this side to drop or tip. Change happens!

Socially, examples of positive tipping points in recent history are the abolition of slavery, the end child labour and the implementation of universal rights to education and political participation for women and minority groups.

10% of a Population leads to the Tipping Point
Scientists at Rensselaer Polytechnic Institute[1] have found that when just 10 percent of the population holds an unshakable belief, their belief will always be adopted by the majority of people who simply change their beliefs if their last two social interactions agreed with the new one.

This means that when only ten of every 100 people changes or resists, and stands firm in their ideal, the effect comes into play. Others then start to question, educate themselves and start to follow the actions of these few. It then rapidly progresses into the hundredth monkey effect[2] which has been well studied in nature.

For whatever reason you are differing from the “so-called” crowd, and stand firm in your truth, continue sharing those ideas… Because how do you know if YOU are not maybe that hundredth monkey, that tipping point for massive change.

Malcolm Gladwell published a book called The Tipping Point in 2000. Quote from this: “In the same way as a virus can spread rapidly through a population, so too can behavioural change, particularly within a group. For instance, a small action by one individual within a crowd can influence the actions of other individuals within the crowd, and so on, until the behaviour becomes widespread. Thus, small, initial changes have the potential to make significant differences overall.”

A happy example of this effect and the perseverance of one man is evident in this short video:

You Can Make a Difference!

A quote from a famous scientist:
“If you are looking for different results, do not do the same thing”. ~ Albert Einstein

And to end
“There’s only one requirement of any of us, and that is to be courageous. Because courage, as you might know, defines all other human behavior. And, I believe – because I’ve done a little of this myself – pretending to be courageous is just as good as the real thing.” – David Letterman