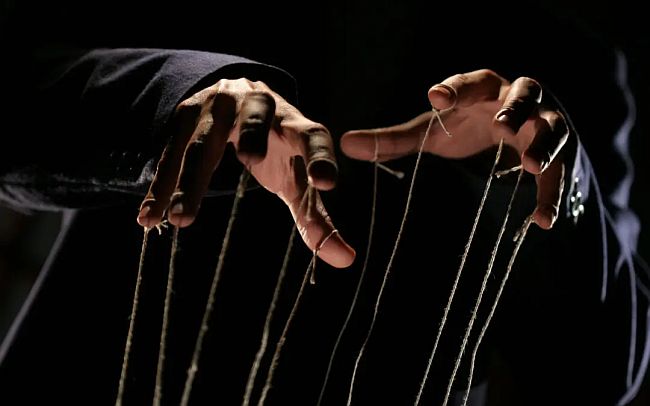 Global Health and The Politics of Catastrophe: Who will save us from the WHO and its New World Order?

Imagine control of all future responses to virus outbreaks – influenza, for instance – being dictated  to the entire world by a cadre of unelected health bureaucrats in a distant country or continent? A repeat of the past two years every time there is a bad flu – but without a control group such as Sweden or Tanzania demonstrating a less harmful alternative? Welcome to COVID-19 Version ##, a future the World Health Organization (WHO) is aiming to realize through a process just agreed in Geneva with your governments.

Most Western people had previously considered the WHO to be a benign, do-good group of people in Geneva dealing with the problems of ‘others’, somewhere where they are presumably needed. We had democracies that looked after ‘us’, governments chosen and held accountable  by us, and we never needed the WHO. But it was comforting to know the WHO was there, for  others.

The past two years should have changed that perception. The WHO is a primary architect of the unprecedented abrogation of basic societal rights and freedoms that we assumed were inviolable: to meet, greet, learn, work, and travel. It has also cheer-led an unprecedented redistribution of wealth from all of us, including the poorest that we had assumed the WHO was protecting, to the most wealthy, including its major private sponsors.

Not to rest on its laurels, the WHO is negotiating a legally-binding treaty with our governments to entrench its ability to repeat this novel and devastating approach to pandemic management. This will potentially give individuals running the WHO the power to require closure of our workplaces and schools, restrict our healthcare, stop us travelling or meeting with friends and family, and mandate medical procedures- the power to control us. That this has passed almost unnoticed speaks volumes  about the state of our societies, our media, our legal systems and the real dangers facing us .

The WHO, built  up on the ashes of the costly defeat of fascism in the 1940s, was once a bastion of community-based healthcare. It now espouses a top-down, pharmaceutically-driven approach. Once solely country-funded, the WHO’s largest funders now include ultra-rich investors in health commodities. Tedros Adhanom Ghebreyesus, the Director General of the WHO, accused of an uncomplimentary past, espoused the pseudo-science of universal mass vaccination   in his closing remarks at the Special Session of the World Health Assembly held on 29 November 2021, ignoring natural immunity, young age and low risk. What could go wrong?

While pandemics may seem a threat, the current COVID-19 outbreak being used to justify this treaty is associated with the deaths of less than 2 in 1000 of those infected globally, at an average age similar to normal life expectancy. The last pandemic to cause a significant  increase in global mortality, the Spanish Flu, occurred over a century ago, before the advent of antibiotics to treat secondary infections and before ‘modern medicine’. Reported COVID-19 deaths are just one tenth of the number that the 1918-1920 Spanish flu killed in a global population that was one fifth of today’s.

The social devastation associated with the COVID-19 pandemic, which the WHO claims as further justification for increasing its power, resulted almost entirely from the ‘lockdown’ policies promoted by the WHO itself and its partners. Notable among these partners is the World Economic Forum, the corporate-authoritarian Davos club of the mega-rich, including again the WHO’s private sponsors. Beyond the shores of the West, these harms are immense:

We all need to decide whether the WHO, and its wealthy funders , are legitimate, appropriate or safe stewards of such power. Why would a distant institution that is not directly accountable to the people enjoy such power over them? The list above illustrates where this leads. Power is intoxicating and being in the clubhouse of the super-rich no less so.

It is no cliché to say former generations fought and died to secure our basic freedoms, sovereignty and democratic processes. They fought  quite recently, against authoritarian regimes that used public health as a pretext  to impose totalitarian control over citizens’ daily lives. Surely they did not intend for a future public health bureaucracy and its corporate partners to  reimpose such conditions on humanity.

Human rights matter. Conflicts of interest and the enabling of human greed harm the public good. The current experiment in the removal of hard-won freedoms has had dire consequences , and once such freedoms are taken away, they are rarely voluntarily returned. This is why constitutional democracies exist.

Our collective response to the process that started in Geneva last week will determine whether we entrench poverty, inequality and ill-health for decades to come under a ‘New Normal’ that benefits a wealthy and powerful few. Or whether we begin the process of recovering the freedom, health and dignity to which we are all entitled by birthright.

Global Health and The Politics of Catastrophe
LatestNew World Order, WHO